We LOVED Seattle! It’s such a colorful, vibrant city with so much life and diversity. We actually parked our RV on some friends’ property and unhitched the truck and drove downtown to spend the day.

Quick side note, the guys whose property we stayed at, his name is Skeeter Wilson and he’s an author who writes about his time growing up in Africa. Really cool guy, anyway, him and his wife had an amazing treehouse built for them that was featured on Treehouse Masters and we got to see it first hand! It’s an African themed treehouse and was incredible!! 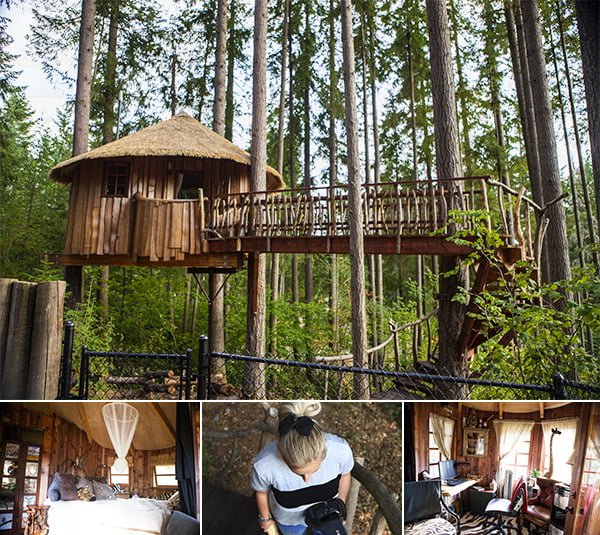 Anyway! Back to Seattle! Here are the things we got up to!

These are the coolest markets with the famous fish, food and flowers! Even better, they overlook Elliott Bay. Apparently they are one of the oldest continuously operated public farmers’ markets in the United States! 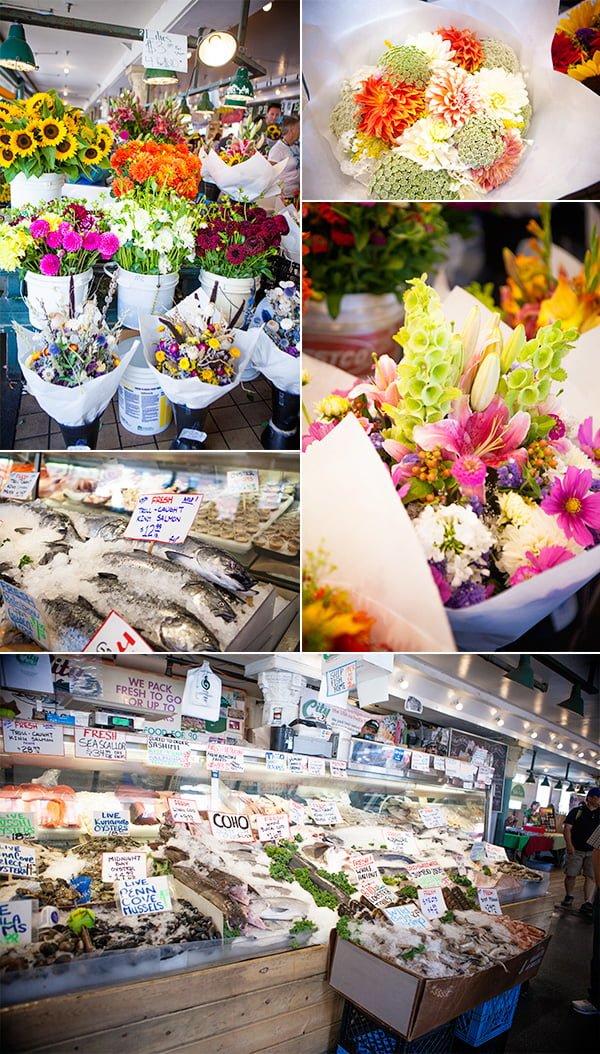 I’m putting these as a seperate number to the Pike Place markets, because they deserve their own number. The seafood is incredible, and there are so many flowers it’s like I died and went to heaven. Someone actually told us that they got all their wedding flowers from these markets and did up their own bouquets. I thought that was a great idea! And I don’t blame them! Economical, and beautiful! Win win! 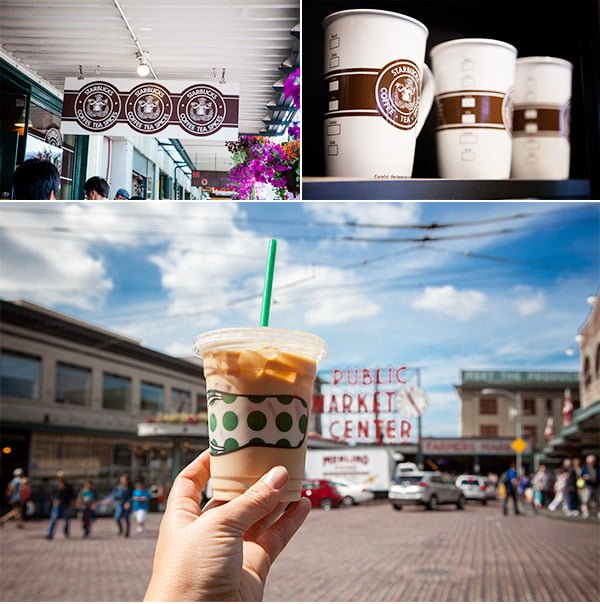 Did you guys know that the first Starbucks ever opened was in Seattle? Being the coffee lovers that we are, we had to check it out. BUT, huge disclaimer, the wait to get inside was awful! We ended up bailing and going to another Starbucks, not without first taking a peak inside the original though (don’t judge us). 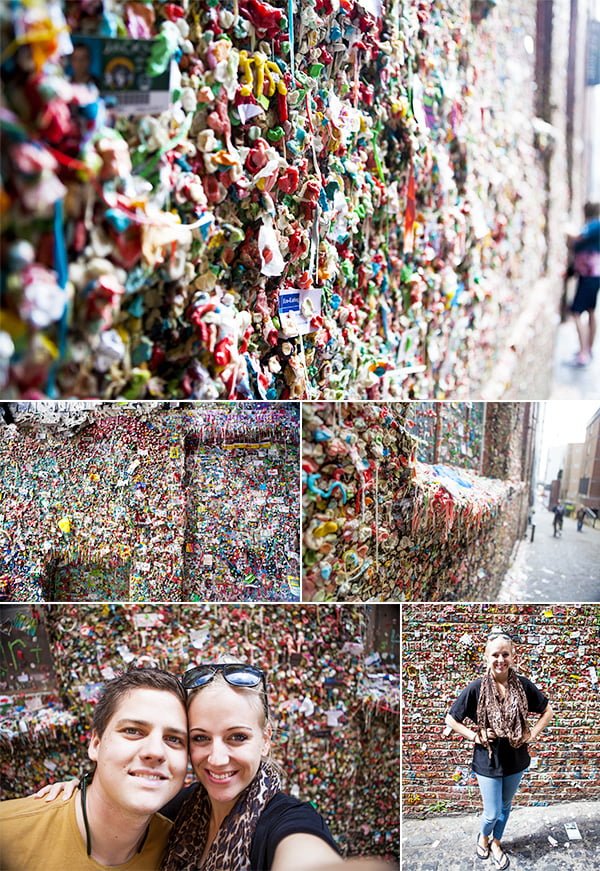 So there is a wall in Seattle that people just stick their bubblegum too. It’s weird, it’s random, it’s colorful, it’s kinda gross, but it’s Seattle! 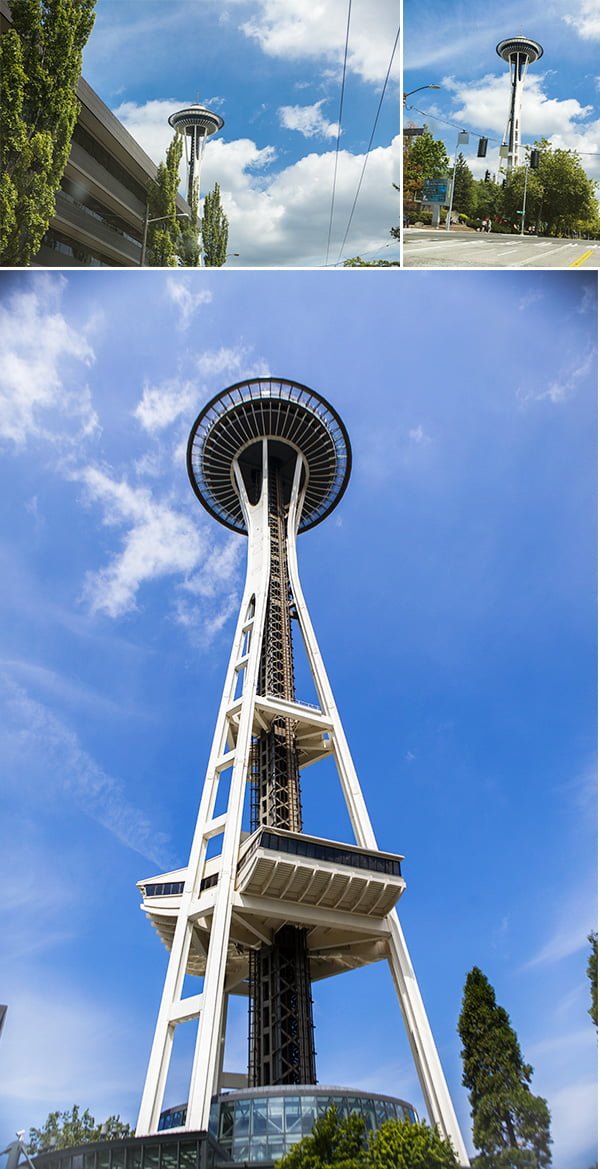 We couldn’t visit Seattle and not visit The Needle! Although, we didn’t go up it for many reasons, we stopped at the base and got a picture of the grandness that is The Needle. It wasn’t as big as I thought it would be, but it was still a pretty cool landmark to tick off the list.

And that’s all for now folks! I’d love to spend a bit more time in Seattle one day….. that’s one of the things that I love most about our trip. It’s like we’re window shopping all of North America and are able to figure out where we’d like to go back to in the future!

One thought on “5 things we got up to in Seattle”