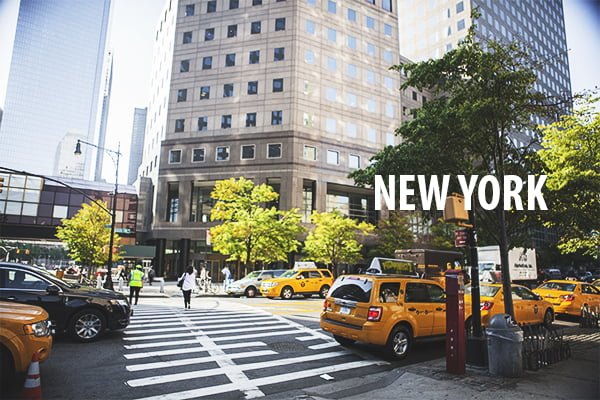 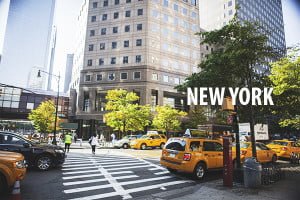 New York Day 1 was UHMAAAAZZZIIIIINNNNG!!! So you already know that we got up at 4am to go and get photos of the amazing sunrise over Manhattan Island, and also to see the Statue of Liberty. Once we were done with that we drove the truck ONTO Manhattan Island and parked it.

For me, it was so crazy being here. We got our bikes out and cycled everywhere. It was a super long day and we got up to a million things. Here’s what we did. 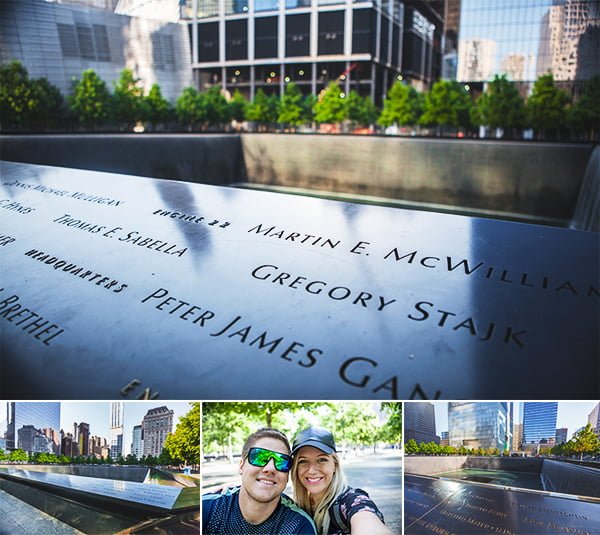 They have done such an amazing job with this memorial. It’s got the names of everyone who passed away written around it. And these huge waterfalls that flow into an everlasting pond. There is heaps of security and it’s a quiet place, so it’s very peaceful to go there. There are two waterfalls, one where each building stood. It was strange standing here as all the thoughts and memories of the day flash back to you and you can’t help but feel affected by it all. 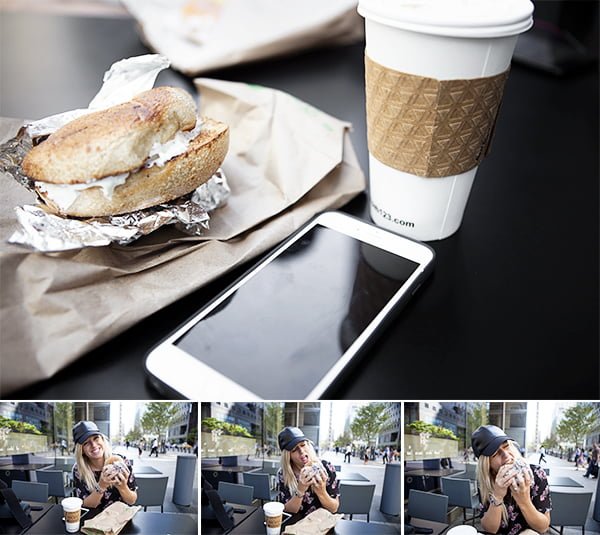 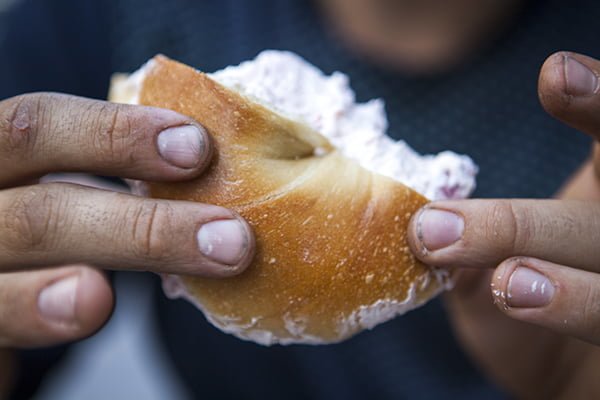 There were many foods that I wanted (NEEDED) to try in New York, one of them, was the bagel. Since we got up so stinking early, we were starving. What an opportunity to try the famous Bagel. We found a place called Pick A Bagel and went in. It was crazy how busy it was, and everyone knew what they wanted. We stuck out like sore thumbs. I ended up going with a classic plain bagel with cream cheese. And Drikus went for a strawberry cream bagel. Both were so yummy. And so satisfying.

New York bagels for the win!

We cycled across both the Brooklyn and George Washington Bridge (SO exhausting!) but so worth it. It was cool to see the city from the bridges. When we got off the bridges we cycled to some view points and got some great shots of the skyline. I think we cycled the George Washington Bridge across to Brooklyn. Then we cycled the Brooklyn bridge back to Manhattan. The Brooklyn Bridge was packed with tourists, but it was great for us because they have set out cycling paths! 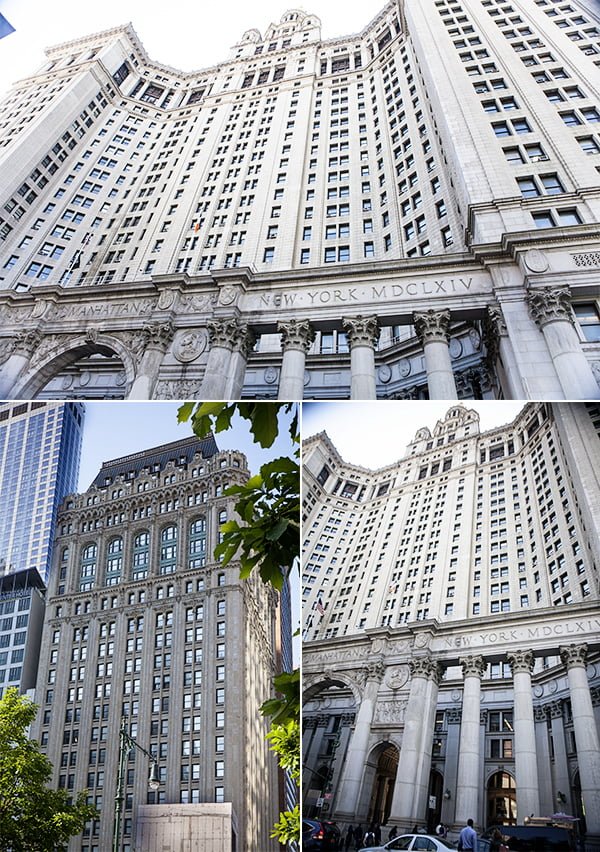 You’re probably thinking, ummmm, these aren’t even the go-to buildings in NY. Remember, this is just Day One I’m sharing with you! And we were cycling so we didn’t stop to take pictures of every cool building we saw! However, we were blown away by the architecture in NY. It’s so old and the structures and detailing are amazing. They actually have a few new buildings being built that just don’t fit in because they are too modern. 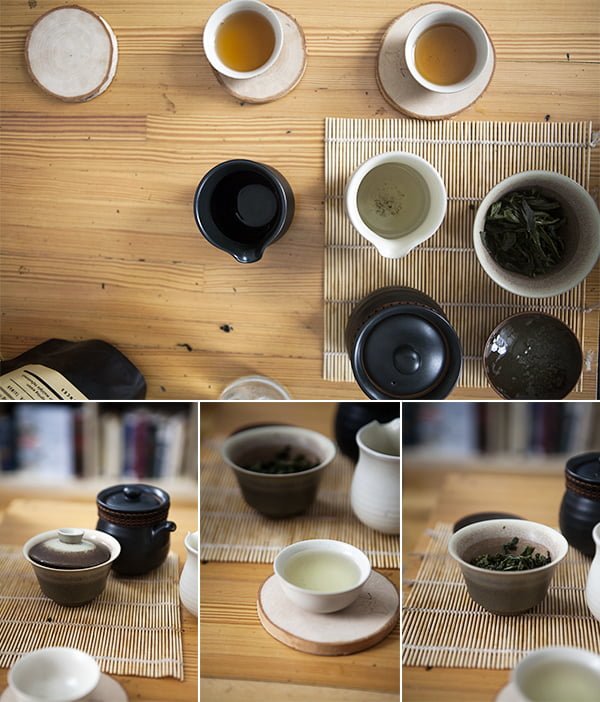 We have a friend who lives in New York so we popped over to his apartment for lunch and tea. It was crazy seeing how small the apartments are in New York. Seriously, like little ally ways. We had heard that they were small, but it was cool being able to go inside one of them for the true New Yorker experience. Our friend also has a tea business called Everlasting Tea  with awesome Tea’s that he sources straight from the farms. So we got to sample some of them. Drikus actually enjoyed Green Tea for the first time in his life!

The Magnolia Bakery was another high priority on my list in New York. We actually went first thing in the morning, but it was closed so we came back after our lunch and Tea at our friends teeny apartment. There was a pretty long queue, but I’d read about that online so expected it. It’s a pretty small bakery, but super cute & quaint inside. So many pretty cakes and things on display for you to look at while you wait. We ordered a cupcake and some cheesecake (New York Cheesecake, hello!!) and got it to go.

We cycled to Central Park and found a little spot to enjoy our sweet treats. We were pooped, it’s like 3pm now, so it had already been an 11 hour day. We had a little nap in the park, which was sooooo nice! Then we went for a walk (because you can’t cycle in some parts of the park) and saw these giant, tame squirrels. I have fallen in love with squirrels this trip. 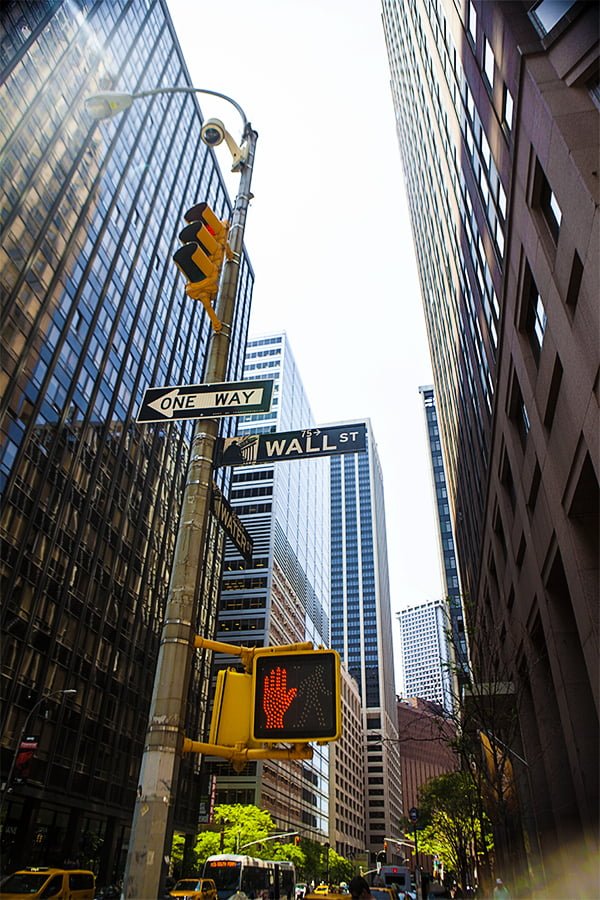 Never have I ever seen so many men in suits & ties. It was crazy how many business people there were around here. Not that I’m surprised really. It was pretty cool walking/cycling up this street. We didn’t take too many photos, but we did cycle by the New York Stock Exchange and that was cool!

Not many of you know this, but my all time favourite movie is Bride Wars (cringe!) I know. But JUNE WEDDINGS AT THE PLAZA! C’mon, how could I not go. It was so cool seeing the outside of this building. We had our bikes with us so didn’t venture inside. I didn’t see Kate Hudson either 🙁 But we did see a couple of Statue of Liberties walking around. So I guess that makes up for it.

Little mini note here: Bumps along the road even happen when you’re not in an RV. Drikus got a flat tyre on his bike. So we had to walk the rest of the way. New York is big, it seemed much smaller when we were cycling through traffic on them. We had to walk to our next destination, and we were a bit tired and grumpy by this stage. 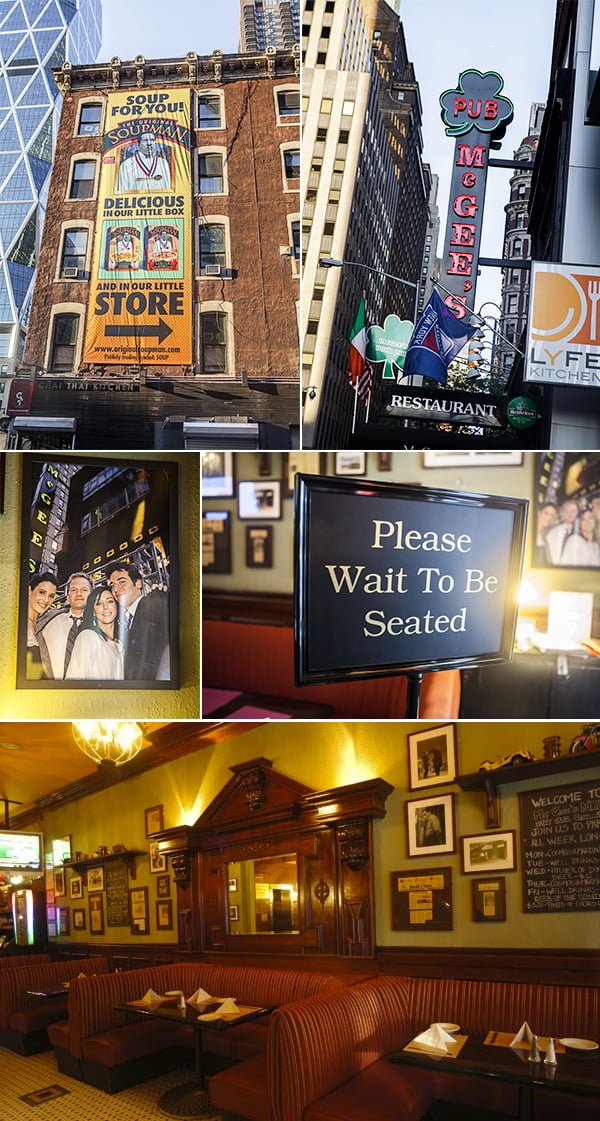 Was a little disappointed because we read that this is the bar that inspired the McLarens pub in our all time favourite TV Show, How I met your mother. I think we expected it to be identical to the pub in the TV Series, but it wasn’t. The only thing vaguely similar was the entrance hall with three booths (all occupied) that mirrors the pub in the TV Show. We got seated upstairs and had a yummy tasting platter and a beer. It was nice to sit down and get some food in our bellies. Drikus also found a bike shop that was close by and quickly dashed across to get his tyre fix. So when he got back we payed our bill and started cycling back to our car. Not without a quick stop at Times Square!

Ahh, the famous Times Square, the place where I feel like I have visited a thousand times before thanks to movies and TV shows. It was so cool being here. It didn’t even feel like it was night time because of all the LCD screens. It was sooooo awesome. We just walked through quickly and took some snaps. We had planned to go back and spend some more time there on Day 2. So this was just a quick little peek. We then started cycling back to our truck.

It only seems fitting that we started our day in New York with a Sunrise, that it should end with a gorgeous Sunset. As we were cycling back to the truck we stopped and saw this beautiful sight. It made the whole long day worth it. It’s now something like 9pm. And we still had an hour drive home.

but a great day nonetheless!!! Excited for day two!!