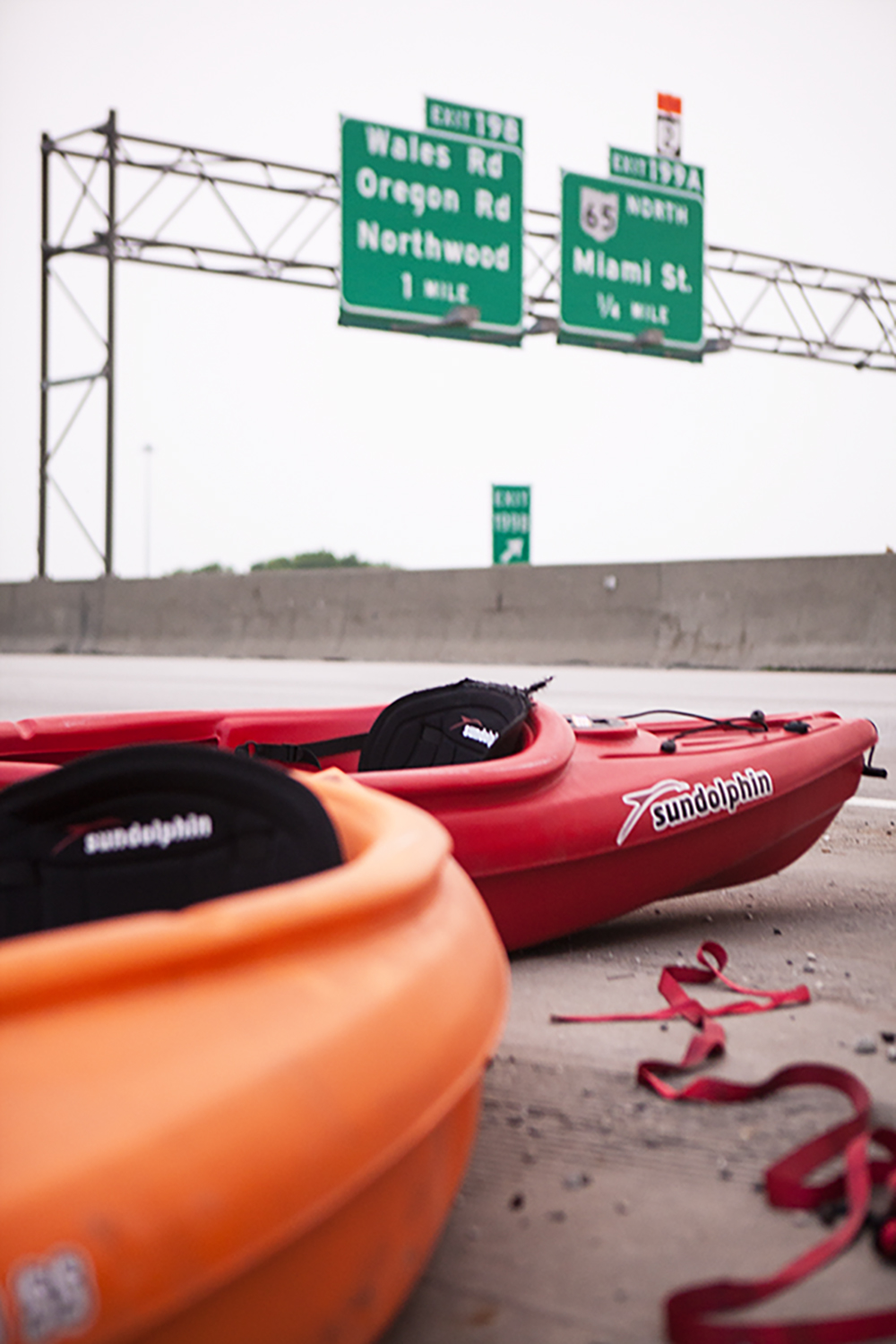 So this is a little series that I’ve decided to write. Every now and then we encounter little ‘incidents’ along the road. Sometimes in the moment they are stressful, frustrating, or hilarious. Either way, they’re part of our story and are worth sharing.

This is the incident with the Kayaks.

So we’re driving along the interstate, when a car pulls up next to us, windows down. The female driver shouts across to our passenger window, where I’m sitting. Full on USA accent.

Louise, Drikus & I look at each other, in shock.

“IT LITERALLY JUST HAPPENED!!! THEY SLID TO THE SIDE!”

Drikus, being the quick thinker that he is, immediately takes the next exit. We turn back to get on the interstate going in the opposite direction. We look across at the road we were just travelling on.

“THERE IS ONE OF THEM!!” Louise shouts.

It’s the red one. But some random guy has picked it up and loaded it into the back of his truck.

He takes the offramp, chucks THE BIGGEST, FASTEST, MEANEST U-turn you’ve ever seen a fifth wheel do. And we get back on the interstate.

We pull up next to the guy, who is now holding the orange Kayak, about to load it into his truck.

“Those are our kayaks!” we say.

“They literally just fell off the back of our RV”

this is awkward. The stranger with our kayaks kind of sighs.

“okay then, you take them back” he says. He really looks like he’s just lost a puppy dog.

“thank you so much!” We’re relived. That could have been way worse.

It was nice of him to do all the dangerous hard work hauling them from one side of the busy interstate to the other..

Now to load them back onto the back of our RV in the middle of the interstate.

I’ll let the pictures do the talking.. We couldn’t stop laughing. This could have been way worse. Phew!

You’ll be pleased to know the Kayaks are still in good working order! Yay!

One thought on “Bumps along the road | The Kayak incident”