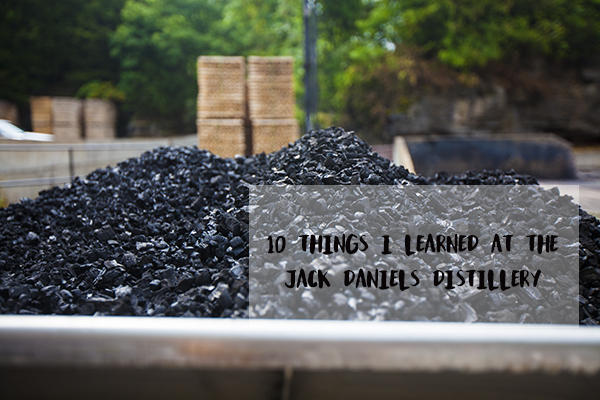 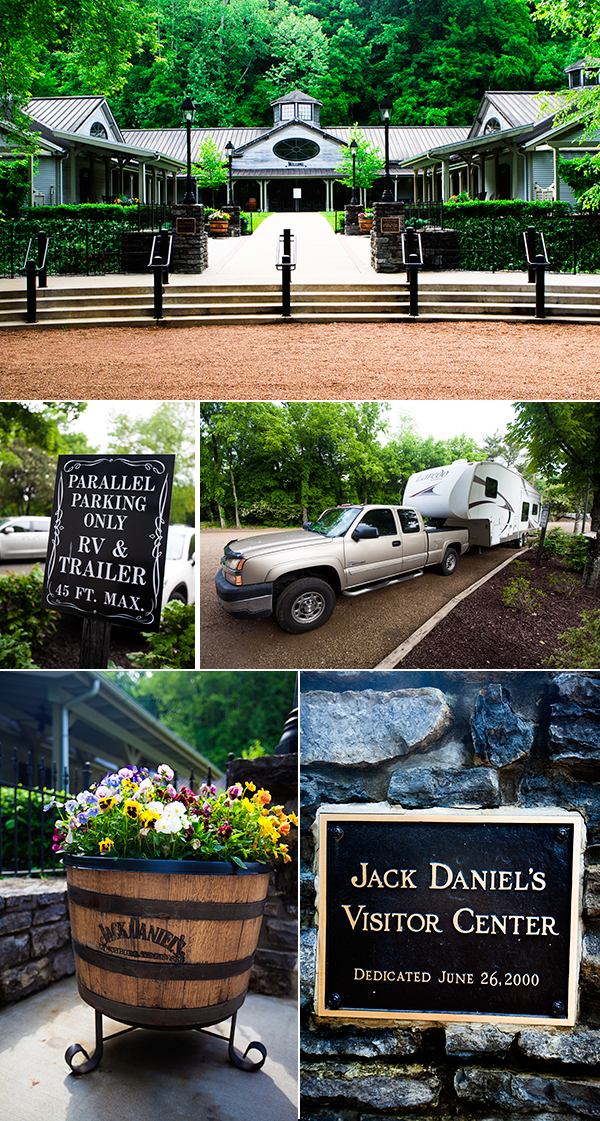 I’m writing this from my perspective, as this was something that was high on Drikus’ bucket list, not mine. I don’t even drink Jacks. I wasn’t really looking forward to this tour, but it ended up being one of the highlights of my trip so far! No, I haven’t started drinking Jacks, but I will say that I have a newfound appreciation for it!

So here is my list of the 10 things I found the most interesting on the tour.

1. EVERY SINGLE DROP OF JACK DANIELS WHISKY IS MADE AT THIS DISTELLERY

Yep, every. single. drop. Made locally.  It’s crazy to believe this when you think about how much Jacks is drunk worldwide every year. But there is a reason, which leads me to number 2.

2. JACK DANIELS IS MADE USING SPRING WATER THAT RUNS FROM THE CAVE SPRING HOLLOW

They say this is the most important ingredient for making Jacks and it’s what makes it unique. Because it flows from a cave, it is never exposed to any outside pollutants which keeps it pure. It is also virtually iron free because the limestone in the spring removes the mineral.

Jack Daniels actually heard about this particular spring and purchased the land as soon as it became available because he knew it was what he needed to make his whiskey the best.

3. THE DISTILLERY IS LOCATED IN MOORE COUNTY WHICH IS A DRY COUNTY

So basically, they can make the whisky there, but there are no restaurants or liquor stores that can sell it. How crazy is that. Also, the distillery was shut down during prohibition but Jack Daniels nephew, Lemuel Motlow, who owned it at the time never sold it because he knew the value of the spring. Interesting fact, Motlow actually became a Tennessee state senator to repeal the state prohibition laws after the federal law of prohibition was lifted. Whilst Moore county remained a dry county, they can legally distill the whiskey thanks to Motlow. 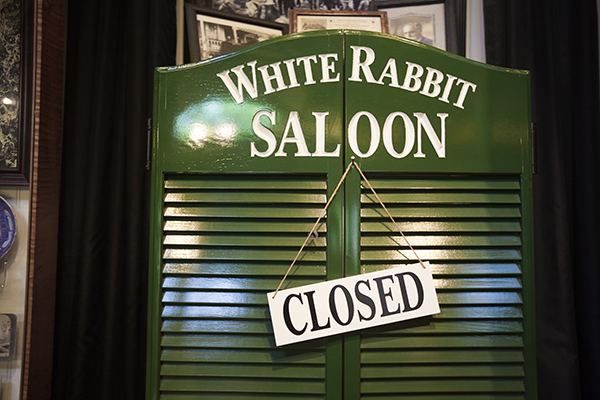 4. YOU CAN PURCHASE JACK DANIELS AT THE DISTILLERY

Even though Moore county is dry, a state law has provided an exception: a distillery may sell one commemorative product, regardless of county status. which means you can legaly purchase a bottle of either Gentleman Jack, Single Barrel or the original No. 7 at the distillery’s White Rabbit Bottle Shop.

Seriously, there are so many steps involved and then there is the waiting for it to be just perfect! Jack Daniels make their own charcoal by burning hard sugar maple wood. They even start the fires with pure whiskey so that there are no chemicals or foreign products. Then there is the mellowing, the barrel making, the refining, the maturing etc etc etc. It literally takes years to make.

Apparently they don’t burn the maple wood every day, so we were really lucky to see this when we did our tour!

6. THE MELLOWING OF THE WHISKEY TAKES UP TO 6 DAYS

What is mellowing? Basically it’s an extra step that Jack Daniels take in their distilling process that makes it a “Tennessee whiskey” not bourbon. The whiskey is dripped slowly, literally drop by drop, through ten feet of the charcoal that they make on premises. They do this before the whiskey goes into the barrels for ageing. They say that this is the ‘secret’ step that gives Jacks its smoothness.

7. ALL AGEING BARRELS ARE HAND MADE

They are the only distillery in the world that still make their own barrels. They char the inside of the barrels to give extra flavour to the whiskey during the ageing process. 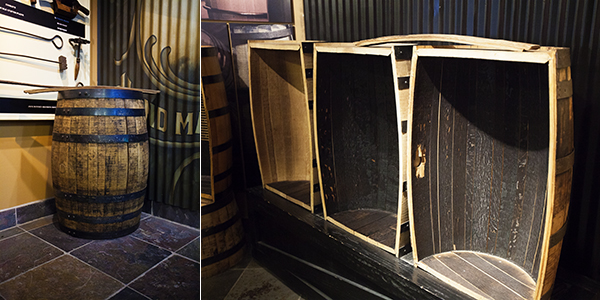 8. YOU CAN PURCHASE A SINGLE BARREL OF WHISKEY

Did you know that not all the whiskey in each barrel will come out tasting the same. They all have their own unique flavour. This is because there are many factors contributing to this. Things such as, where the wood for the barrel was sourced from, the height in the warehouse at which the barrel was left for ageing (temperatures change at different heights). With all these factors coming into play, Jacks have to mix about 200 barrels together to get that famous Jack Daniels flavour that you love so much.

BUT you can purchase a single barrel. you hand select the barrel with the Distiller on premise. You can taste a whole bunch and then choose the barrel you want to buy. They then bottle, package and deliver it to you along with the actual barrel that the whisky matured in. How cool is that? It only costs between $9,000 – $12,000 (price varies because of taxes in different states). You get about 24o bottles of whiskey when you purchase it this way. 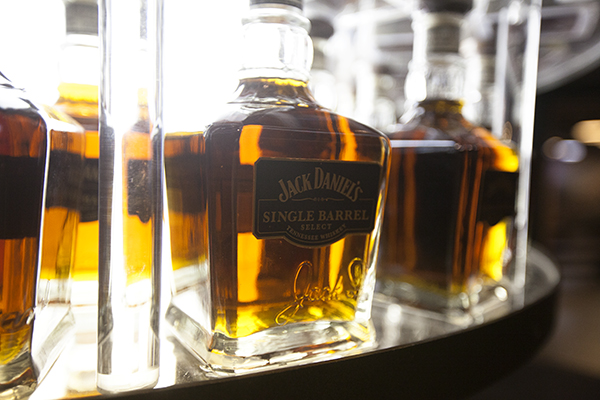 9. JACK DANIELS DIED BECAUSE HE WAS IMPATIENT

No seriously, the story goes, that early one morning he came into his office (which is still located at the distillery). He needed something out of his safe, but he often forgot the combination to it. He got angry and impatient and kicked the safe so hard that he broke his foot. He didn’t seek medical attention until it was too late. He got gangrene and they had to amputate his foot, then his lower leg, and eventually his whole leg. He passed away 6 years after this incident.

Moral of the story, don’t be impatient, it could quite literally kill you!

10. Australia jumped to the second highest place when they changed their ranking of Jack Daniels sales to include ready to drink drinks. So, premixes. Thanks Australia.

Bonus point number 11: YOU CAN TAKE A FREE TOUR OF THE JACK DANIELS FACTORY

Yep, they don’t charge for it. If you want to do a tasting tour it’s $10.00 per person. The tour is awesome and I highly recommend it! Even if you’re like me and don’t like Whiskey. 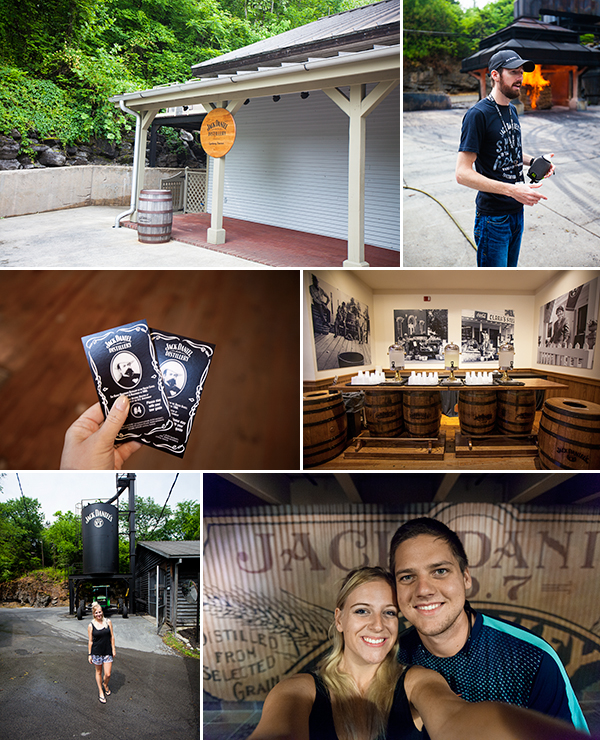